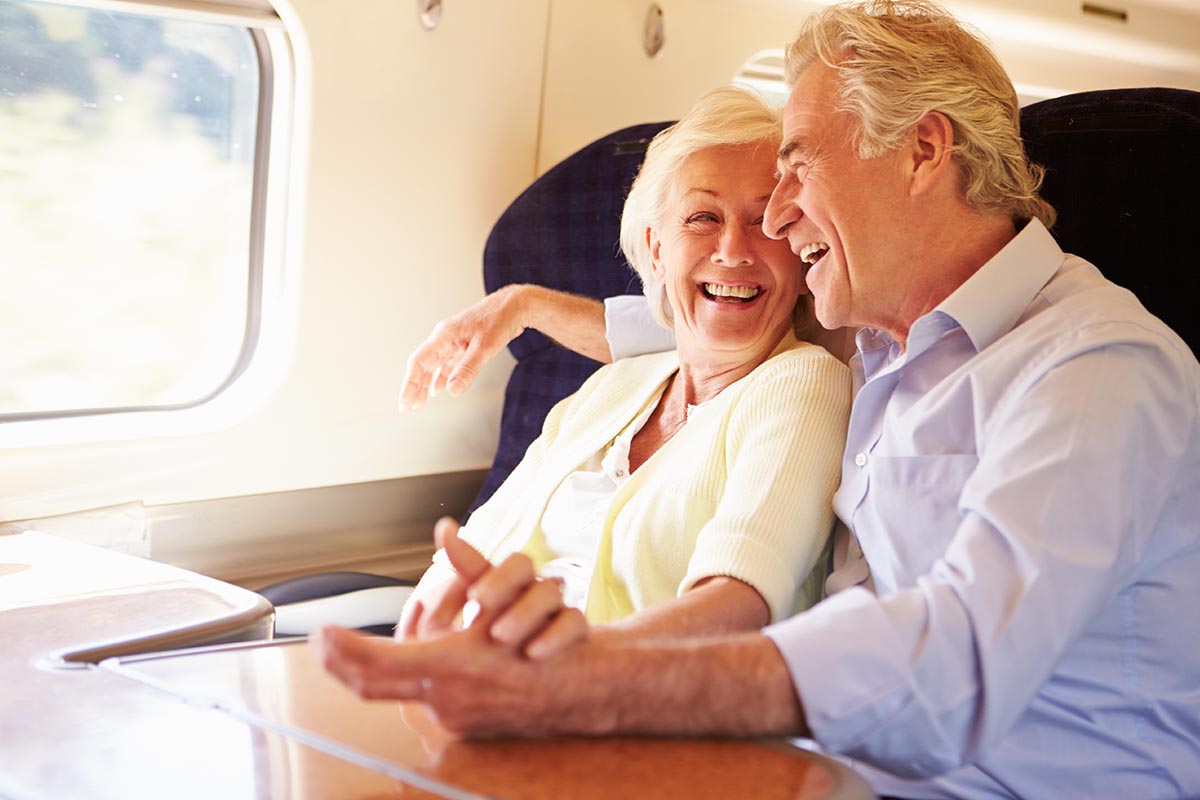 When I was a kid, I had framed pictures of trains in my room for years, without ever realizing or questioning why. As I grew up, I ventured to replacing the steam engines and locomotives with pictures of athletes I idolized and sports cars I would never own.

It was only as an adult that I grasped why those trains were up in the first place; because my dad loved trains when he was a kid, growing up in the 1950s when the railroad industry still ruled most of American industry and travel.

My dad, now 67, and my father-in-law, who will turn 68 in August, both share a passion for trains that was evident the first time they met years ago. My father-in-law grew up in a small town in East Texas where the train station was full of wonderful new things coming into town, and the chance for an adventure when you ventured out of town.

Obviously, anyone who has lived in this country for the last 50 years knows that the railroad industry is not what it once was, with trucking fleets dominating the over-ground transportation of goods, and airliners swiping most of the travelers up into the skies.

But the nostalgia of taking a train remains in the hearts of many Texans, and there are several places around the state where an old-fashioned journey on one remains a very real possibility and an amazing way to spend an afternoon, visit friends, or introduce your grandchildren to a slight glimpse of what life was like during your own childhood.

If you live in the Austin area, the Austin Steam Train Association (ASTA) (http://www.austinsteamtrain.org/) is just the place for you. Now in its 23rd year of existence, the ASTA offers rides throughout central Texas in a 1960 Alco diesel locomotive, one of only two operating of its kind.

The ASTA also owns a 1916 steam engine that it is restoring. The Southern Pacific 786 was donated to the city of Austin in 1956 and was previously in operation by the ASTA until cracks were found that necessitated repair.

Not just content to offer vintage train rides,the ASTA sponsors different themes as the calendar progresses. The gold standard is the Hill Country Flyer which runs from early January through late November through the Texas Hill Country with a two-hour layover in Burleson.

In the two weeks before Halloween, the Pumpkin Express launches, taking passengers to the town of Bertram to pick a pumpkin from its pumpkin patch, and there are holiday-themed rides for Halloween, Veteran’s Day, and Christmas as well.

If you live in the Dallas or Houston areas, a closer option for an old-fashioned train ride might be the Texas State Railroad, which runs between Palestine and Rusk in the Piney Woods of East Texas.

The Texas State Railroad runs a steam engine out of Palestine and a diesel out of Rusk. The rides are 4-1/2 hours, with each leg taking 1-1/2 hours with a 1-1/2 layover in between. One of the best parts of the Texas State Railroad is its flexibility for dining options. Box lunches are available for pre-order, you can sit in the dining car at an elevated ticket price, or you can bring your own lunch.

Much like the ATSA, the Texas State Railroad has discounts available to specific groups, including for active and military personnel, who can get a free ticket in the Standard Class or 10% off the Streamliner Diner.

The Streamliner Diner is the newest and biggest addition to the Texas State Railroad. It runs only on Fridays and Saturdays out of Killeen and truly takes passengers back to the days of yester-year, with a full-service dining car (lunch is included), a personal car attendant, and a climate-controlled table seating.

Like its Austin counterpart, the East Texas railroad has special events for special occasions including Father’s Day, a Pumpkin Patch Express, rides just for school kids and their teachers, a Fall Foliage Brunch Train, a Moonlight Express with a three-course meal, and the signature event, the rail’s Polar Express.

Running from the week prior to Thanksgiving until a few days after Christmas, the train is transformed into a winter wonderland and children of all ages are encouraged to take a trip to the “North Pole”. Reservations should be made early for this ride as it fills up rapidly and has become a yearly event for many Texas families.

Train travel used to be the gold standard of this country, and the only practical way to travel between cities not connected by the burgeoning interstate system in the 1950s. We can’t get those days back again, but for an afternoon or evening, we can remember how charming and simple travel used to be.

When living in our senior living community at Conservatory At Plano, you can enjoy numerous area attractions. Contact us today at 214.241.1244 to learn about our programs, amenities, and available rooms.

Why An All-Inclusive Retirement Community Is The Best Option For You
November 30, 2022

What To Look For From An All-Inclusive Independent Living Community
November 27, 2022

Solutions For An Active Retirement: Why Independent Living Is The Best Option
November 21, 2022