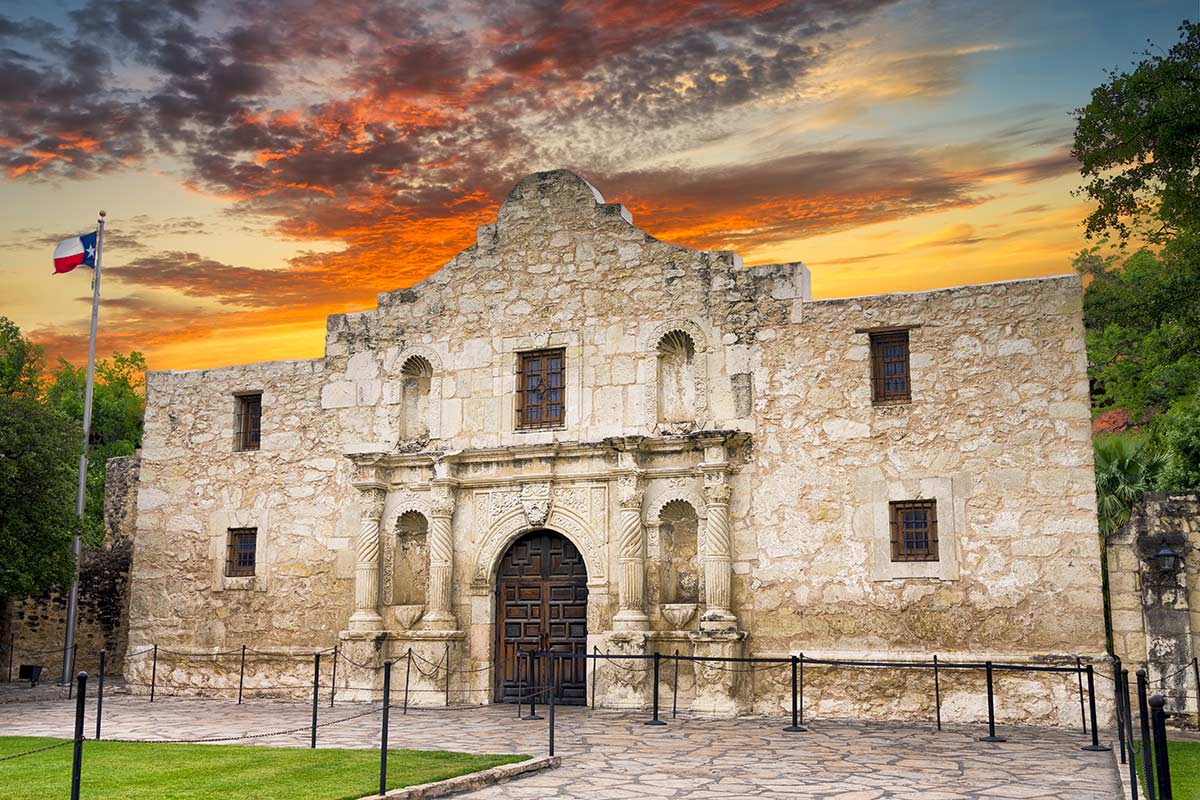 ‘COME AND TAKE IT’

Those four famous words might send a shiver down your spine if you’re a native Texan or a fan of the state’s proud fight for independence from Mexico that began 180 years ago this month in the tiny town of Gonzales.

As history tells us, Texas colonists had become increasingly nonplussed with the control and taxation that the Mexican government insisted on, reminding plenty of Texans – as they were known then –  of the United States’ similar struggle with the British some 60 years earlier.

Mexico sought to disarm the Texans as much as possible, including a cannon that had been given to the settlement of Gonzales in 1831 as defense against Indian attacks.

The Texans refused to give it up, leading Mexican military commander Domingo de Ugartechea to send Francisco de Castaneda and 100 dragoons to retrieve it by force.

When Castaneda and his troops got within sight of Gonzales, they found not a Mexican flag flying high, but a white standard with a single black star, a drawing of the cannon in question, and the brazen words of defiance.

‘COME AND TAKE IT’

While inventing reasons to keep the troops out of town, the Texans sent secret messages out to sympathizers in surrounding towns, who converged and on October 1 voted to attack. They advanced, 140 in number, the next day on the Mexican camp. The dragoons opened fire, the Texans returned fire, and a few hours later, Castaneda ordered a withdrawal.

Located about an hour east of San Antonio, site of the famous Battle of the Alamo, Gonzales remains to this day a small settlement rich in history.

It is also the start of the Texas Independence Trail, a splendid tour of state history that can be followed over the course of a long weekend, a month, a year, or a lifetime.

While most towns in Central and Southeast Texas have some connection to the Texas Revolution, and can be explored for historical and modern-day entertainment and education values, the Texas Independence Trail is centered on six main locations, including Gonzales, where the site of the battle is recognized with a monument by Italian-born artist Pompeo Coppini.

To the west lies San Antonio on the Independence Trail, where less than a year later a force of Texans held off Mexican troops for 13 days at The Alamo, ultimately slaying near a third of General Santa Anna’s army. All Texans in the Alamo were killed, including names as big as the state’s history – William Barret Travis, Jim Bowie, and Davy Crockett.

Due south about an hour from Gonzales lies Goliad, which was the site of the second battle of the Texas Revolution, just a week after the skirmish over the cannon. Using axes, the Texans broke down a door and swarmed the unprepared garrison at La Bahia, which surrendered, allowing the Texans to confiscate some $10,000 in cannons and provisions.

It wouldn’t be Goliad’s last involvement in the Texas Revolution unfortunately.

Just days before Santa Anna attacked the Alamo in 1836, General Jose de Urrea and a massive force took Goliad unawares, with the Texans ultimately retreating, only to be captured, and summarily executed in force, in what became known as the Goliad Massacre.

The Texas Independence Trail bends north and east from there, to a pair of spots located on Interstate 10. The first, San Felipe, was chosen by Stephen F. Austin himself as the first site for Texas colonization in 1823. Twelve years later, it was site of the Consultation of 1835 when Texas organized its military, and served as the fledgling republic’s capital until it was burned in 1836.

A few miles down the road, Washington-on-the-Brazos marked the signing of the Texas Declaration of Independence on March 2, 1836. A recreation of the building where the document was signed exists at a state park there today.

The Independence Trail culminates at the same point that the Texas Revolution was won at last – San Jacinto, just east of Houston.

Rising from the ground is a massive tower topped by a mighty star – the San Jacinto Monument, which symbolizes the place where General Sam Houston, who would later become the Republic of Texas’ first president, led the most lopsided military victory in the history of the world.

The monument is 567 feet all, 13 feet higher than the Washington Monument, and the star weighs 220 tons.

The battle itself, initiated when the Texan Army realized not only that Santa Anna’s troops were encamped less than a mile away, but also that they were enjoying an afternoon siesta, lasted just 18 minutes, and saw 630 of 730 Mexicans killed or captured, while just nine Texans were killed.

The Texas Independence Trail is a trip through history that never gets old. Find a spot to start and begin your own journey soon!

Learn more about the history of Texas when living at the Conservatory At Champion Forest. Contact us today at 832.400.6650 to learn about our senior independent living in Spring, TX. Find out about our programs, amenities, and room availability now.

What You Need To Know About Rent-Lock Protection In Houston, TX Retirement Communities
January 30, 2023
Reasons Why Senior Independent Living In Harris County, TX Has Fitness Groups For Residents
January 27, 2023

Packing Tips When Moving To A Nursing Home In Spring, TX
January 24, 2023

How Our Residents Have Fun In Their Senior Apartments In Houston, TX
January 18, 2023