Music Therapy For Seniors: What It Is And How It Helps 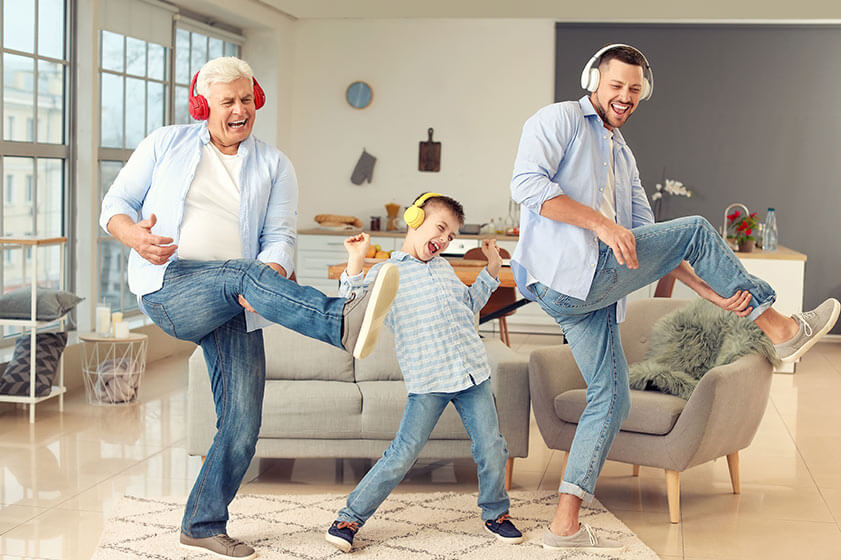 When people are growing older, it is expected that they need help with daily activities to keep their independent living status. One way that can be done is through music therapy programs that aim to improve their physical and mental health. The following are some benefits you need to know about music therapy for aging family members!

The elderly who listen to music in therapeutic sessions are often mentally stimulated, which can help restore cognitive function. Music therapy is often used in conjunction with speech or physical therapy for aging adults, but it’s also valid on its own. One study of over 400 adults aged 55 and older found that listening to live music helped activate positive moods. Listening to songs you’re familiar with can have an even more significant effect since listening to a new piece may not be very stimulating. Music therapy can help improve memory loss issues in aging family members, too. Music stimulates brain activity by increasing blood flow and oxygen levels—therefore improving overall health.

It Can Improve Memory and Concentration

The Journal of Music Therapy reports that music can improve memory and concentration among the elderly. The Journal of Neuroscience has also demonstrated that new neural connections are created when listening to music, which helps them build new memories and recall information. A study conducted at McGill University found that older adults who took part in a six-week program where they learned and performed music had more neural activity than people in a control group did, indicating that their minds were more active and healthy compared to others. Music therapy for aging adults can benefit memory and help with focus.

Aging adults who participate in music therapy often report that making music improves their communication and verbal skills. Since aging adults often have trouble communicating, both with others and within themselves, having such a simple way to express thoughts and feelings can be beneficial. When people communicate effectively with others, they know what they want to say and how to say it.

It Can Reduce Depression

Listening to music can help relieve feelings of loneliness, sadness, and anxiety. A study in the Journal of Music Therapy found that older adults who participated in group therapy sessions with live or recorded music had significantly improved moods than those who didn’t participate. One reason may be that people who don’t participate in social activities are more likely to develop depression than their peers. That’s why many communities have live music programs. Music also may help prevent depression by making you feel younger, even if just for a little while. Many elderly people lose their sense of purpose as they age, but research shows that participating in activities keeps them engaged and feeling young.

Music can help boost our mood and motivate us to get up and move. Studies show that people who listen to music while exercising—like running, cycling, or even doing chores around your house—burn calories faster than those who go without music. Experts say that listening to music increases activity in brain regions responsible for regulating movement when we’re listening to music. That means when you put on your headphones and jam out, you’re also encouraging your body to be more active overall! When you feel like standing up rather than sitting down or taking a break from sitting at your desk for a few minutes, do it! Choose an upbeat song with lyrics that encourage getting off your seat and taking a five-minute break so you can stretch or stand up for a while.