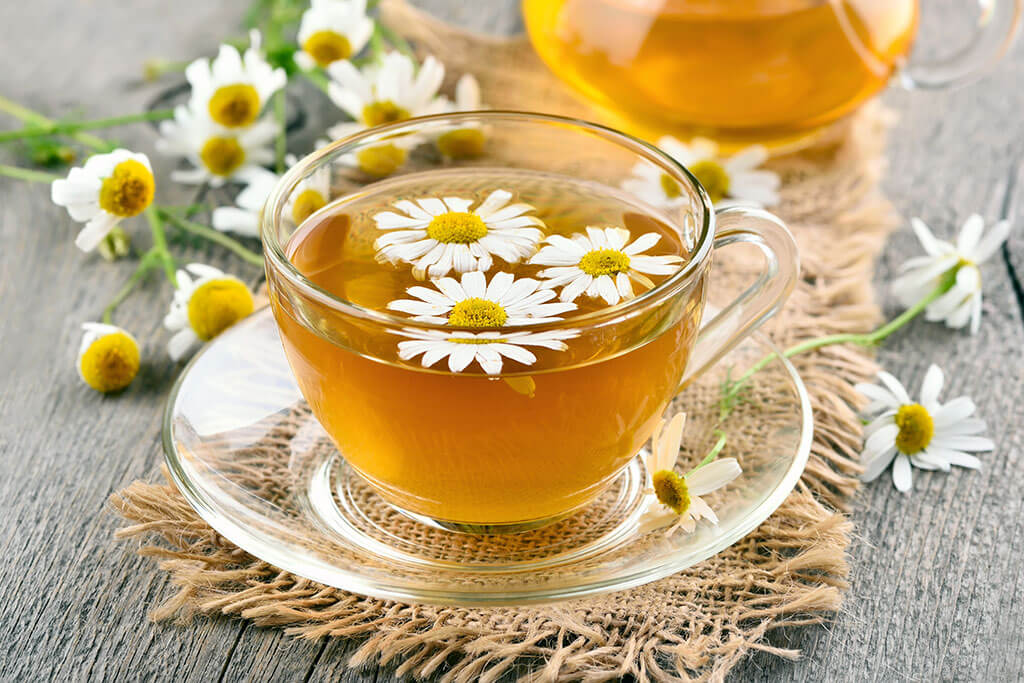 Chamomile tea has been a traditional folk remedy for various health issues. Chamomile has been used since Roman times for cleaning wounds, to helping with digestion and sedation. Chamomile tea is also a popular beverage and contains antioxidants to reduce the risk of numerous diseases. Here are some health benefits of drinking chamomile tea.

Helps With Sleep And Relaxation

Chamomile tea may help seniors to relax and sleep better. This is useful for seniors who have chronic sleeping disorders, insomnia, or who have difficulty falling asleep. Sleeping disorders tend to be most common amongst seniors. Chamomile contains a flavonoid known as apigenin which helps to induce drowsiness as it helps to bind to specific receptors in the brain.

Studies have shown that seniors who drank chamomile tea before bedtime experienced better sleep quality than seniors who did not. Chamomile is also a caffeine-free herb and the aroma of chamomile tea may help seniors to relax and soothe them which is perfect for getting into the right mood for sleeping.

Chamomile tea has anti-cancer properties due to the antioxidants present. Apigenin is an antioxidant that is scientifically proven to fight cancer cells such as prostate cancer, gastrointestinal cancer, and breast cancer.

Apigenin also helps to prevent cancer cells from developing. This is important for seniors because as they age, the chances of mutations occurring in cells lead to cells becoming cancerous and the formation of tumors. Drinking chamomile tea regularly helps with the prevention of cancer.

Chamomile tea contains chemical compounds which help to reduce inflammation. Inflammation is an immune system response to fight infection. However, prolonged inflammation can result in various health problems such as arthritis, gastrointestinal pain, and hemorrhoids. Drinking chamomile tea regularly helps to reduce spasms and cramps in the stomach and intestines, and irritable bowel syndrome in seniors.

Anxiety and stress are prevalent among seniors. This is especially so for seniors who live alone or have minimal social interaction. Anxiety and stress will also lead to various mental health diseases such as depression which would affect your physical health, well-being, and quality of life in the long run.

Drinking chamomile tea regularly increases serotonin and melanin levels which helps to relieve stress and anxiety. Chamomile can also help to relieve headaches and migraines due to its calming scent.

Drinking chamomile tea regularly improves digestion as it contains compounds that trigger the pancreas to produce digestive enzymes that are needed to break down food. Chamomile tea is also perfect for stress-related digestive issues such as irritable bowel syndrome, which are common amongst seniors. This is due to the calming effect of chamomile tea on the body.

How Independent Living In The Woodlands, TX Can Help You Start A Hobby
January 12, 2023

8 Activities To Do With Your Teenage Grandkids In Your Senior Apartment In The Woodlands, TX
January 6, 2023
Blog Categories
Go to Top
Reveal Pricing
Schedule a Tour
Contact Us